Solar-powered vaccine coolers are one of the fastest moving technologies within the cooling chain. A joint venture between Danish Technological Institute, Secop (Danfoss Compressors at that time), and Vestfrost Solutions has resulted in a global technological breakthrough in terms storing vaccines in areas without regular power supply.

In 1999, when the Danish Technological Institute first applied for financial support from the Danish Energy Agency, nobody could predict this kind of global breakthrough. The idea of the project was to develop vaccine coolers where sun panels directly supply cooling compressors with energy. Up until then, solar-powered vaccine coolers were equipped with batteries of lead in order to ignite the compressors to enable cooling at all times. This solution was problematic because battery life was very short due to the immense discharge. The final resultt was that batteries had to be changed frequently. The batteries were also a potential object of theft. Additionally, there were environmental issues with all of the battery waste.

The basic idea was to replace the batteries with ice storage. This was also a way of solving the problem with the industry using absorption refrigerators running on LPG or kerosene. These solutions are both inefficient and in need of fuel on a regular basis. Furthermore, this technology lacked optimal temperature control and often vast quantities of vaccine were destroyed and had to be discarded.

During the project, it became clear that the energy content of ice storage, relatively speaking, is larger than in lead acid batteries. This observation provided further inspiration for the development work.

After the first prototypes were built and tested, the Danish Technological Institute made contact with key persons from international organizations and a conference meeting was held in Frankfurt in 2001. Here WHO, Unicef, UNEP, GIZ, PATH, Greenpeace and the Danish Technological Institute founded the international “SolarChill Partnership”. A little later, Secop and Vestfrost Solutions joined as industrial partners.

This innovative compressor can start and run when it is directly applied to the cables from the solar panels. Vestfrost Solutions manufactured 10 vaccine refrigerators which were distributed through Unicef's warehouse in Copenhagen and to field-tests in Indonesia and Senegal. The American help organization PATH supervised the tests and the results were so successful that all partners decided to continue to work on the concept.

WHO Specifications and Requirements

WHO mapped out the requirements for “Direct Drive Vaccine Coolers” and the Danish Technological Institute was approved as the test laboratory. The Vestfrost SolarChill vaccine refrigerator with the Secop Solar Compressor was the first device to be tested and approved by WHO. Since then, Vestfrost Solutions has delivered a significant number of refrigerators for vaccine programs all over the world.

Great Satisfaction with the Development at Secop

There is great satisfaction with the development at Secop in Flensburg, Germany. “It goes very well with both production and sale of the solar compressor. This is, of course, also closely connected to the fact that our compressor is present in all WHO-approved products,” says John Svane Christensen, Application Manager for DC-Powered Cooling at Secop:

Secop will not reveal the number of sales but they make no secret that they have experienced a huge increase in sales. Right now Secop, which has been setting standards within advanced compressor technology for more than 60 years, is creating an upgrade on the solar compressor in order to take efficiency to even higher levels. Gregory W. Kiluva, Technical Specialist from UNICEF, is looking forward to this and adds:

“We are very pleased with the outcome of the Solar Direct Drive, which has been introduced and implemented in immunization programs in hard-to-reach areas of the country. This is one of the fastest growing technologies in the vaccine cold chain. The technology is more reliable than the battery-powered solar systems as well as the absorption technology previously used. In addition, the technology reduces vaccine wastage quite significantly. It is also worth mentioning the enormous impact of this technology in that it saves the atmosphere of the adverse effects of lead and the large quantity of CO2 generated from burning fossil fuels for powering the absorption system.”

The Danish Technological Institute continues to test vaccine coolers after the requirements mapped out by WHO. Four to five tests are performed every year. Equally important is the fact that the knowledge from SolarChill is making its way into other areas.

The Danish Technological Institute, Secop, and Vestfrost Solutions can see how households and different professional businesses can benefit hugely from the technology. With the rapid decrease in the prices of solar panels combined with more and more effective compressors, it is only a matter of time until we experience a new prolific market for SolarChill and solar-powered cooling that does not have its sole focus on vaccine programs. 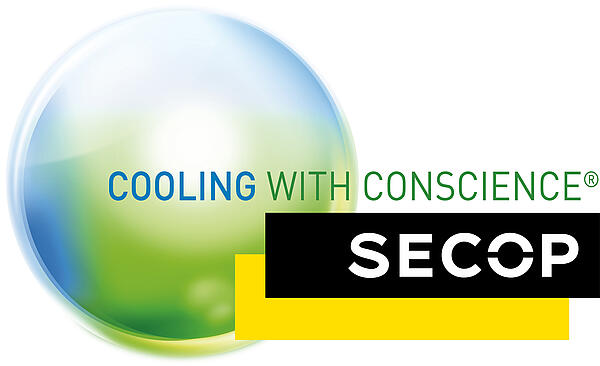 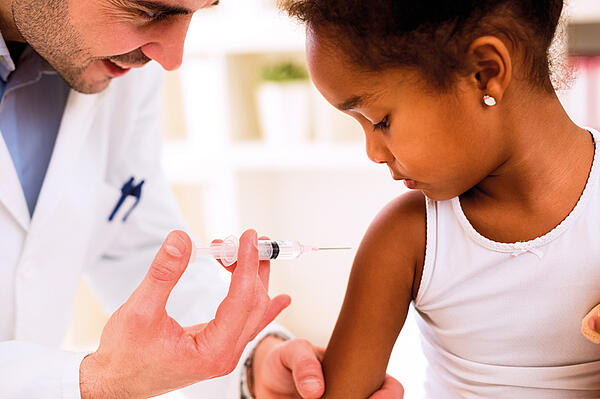 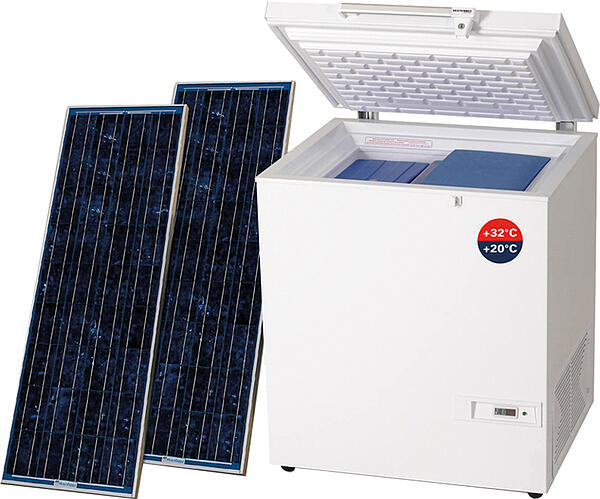 Get to Know Us
To top