Chemically speaking, a hydrocarbon [HC] is an elementary compound of hydrogen and carbon which occurs naturally and is found in large concentrations in crude oil. Used as a modern refrigerant, non-toxic hydrocarbons are an eco­friendly alternative to the CFC/HCFC/HFC fluorocarbons linked to ozone damage.

Though a range of HCs have refrigerant applications, isobutane (R600a) is the HC most frequently found in domestic fridges and freezers, whilst propane (R290) is common in commercial heat pump, air-conditioning, refrigeration, and freezer applications.

In addition to their environmental benefits, hydrocarbons are a cost-saving option for heating/cooling and also for freezing. A common replacement for fluorocarbons (now lacking green credentials), HCs substitutes are compatible with oils and components found in many existing systems. They can be purchased more cheaply and also offer superior energy efficiency, reflected in more-affordable running costs.

Though HCs are flammable, propane (R290) is in general used for cooking and heating, and thus the necessity for the application of standard practices for the safe handling and deployment of such materials is recognized and accepted by all users. 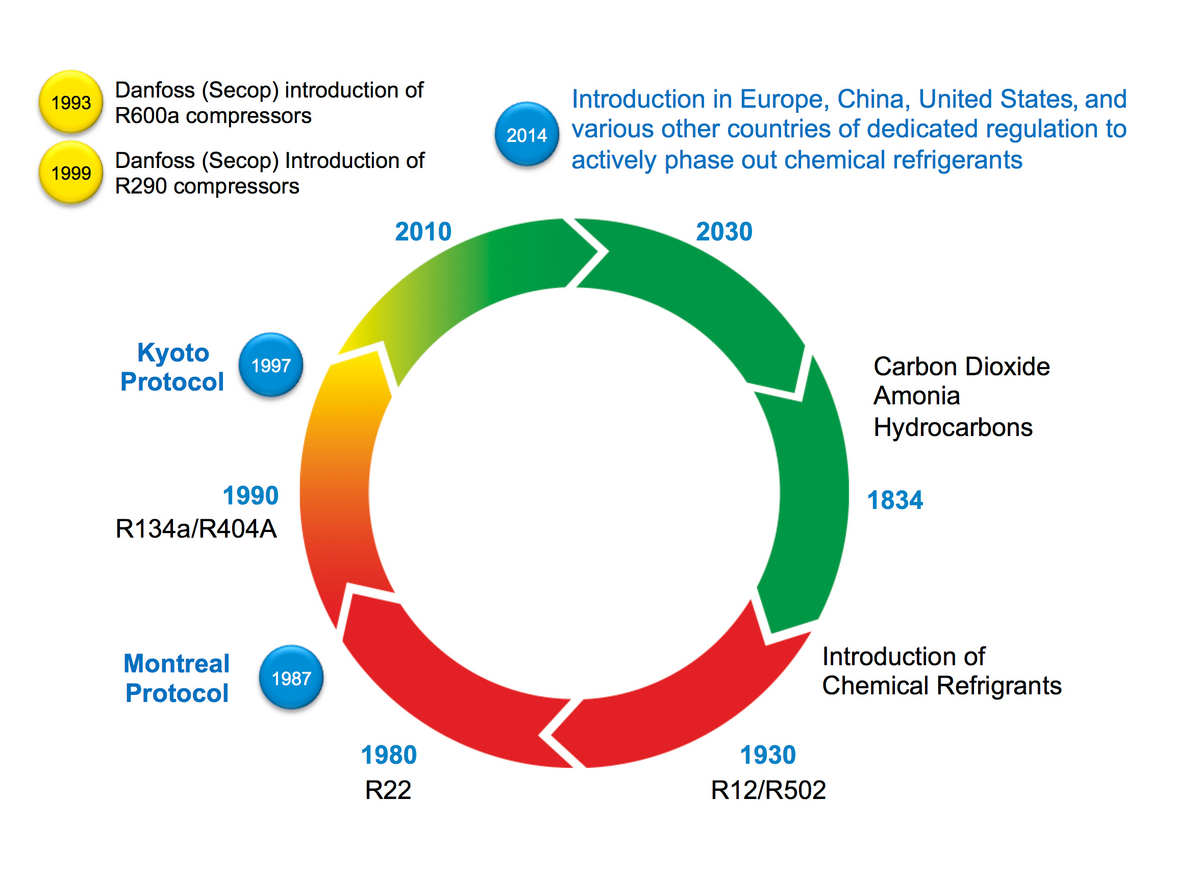 Hydrocarbons and the Environment

HCs are not implicated in ozone depletion, and the majority of HC refrigerants have a GWP rating (Global Warming Potential) of 3. In comparison, the R404A chemical refrigerant (for which HCs are now a common replacement) returns an astronomical GWP rating of 3,260!

The role of HC refrigerant systems in reducing harmful greenhouse gases is twofold: Firstly, direct greenhouse gas (GHG) emissions are significantly decreased thanks to the low GWP rating of HCs. Taking a typical supermarket, for example, where between five to ten percent of total refrigerants are vented into the local atmosphere, the use of HCs as a replacement refrigerant cuts annual gas emissions by many tons.

And secondly, the features of a HC system (lower condensing point, positive thermodynamic attributes, and superior COP [Coefficient of Performance]) act in combination to optimize energy-efficient operation. As an illustration, the use of propane (R290) as an air‐conditioning replacement for an HFC-134a system would return a minimum GHG saving of 80 percent.

Assisted by the cheap availability of HCs produced as a by‐product of gas and oil, and by many studies demonstrating the energy savings HC systems can deliver, hydrocarbons have proved to be viable replacements for fluorocarbons and other environmentally harmful refrigerants.

The impact of HCs has been most marked in domestic fridge and freezer applications where the "Greenfreeze" refrigerant isobutane (R600a) is used on a global scale. Commercial refrigeration has followed suit, primarily choosing propane (R290) to replace ozone-damaging refrigerant compounds in supermarket systems and a host of other locations. Likewise in the air‐conditioning field, HCs now appear in both domestic and office systems. In addition, certain water‐to‐water heat pumps now feature energy‐saving propane (R290).

HC systems function with the same refrigeration cycle as those operating via synthetic refrigerants. Propane (R290) refrigerant is compatible with the refrigerant infrastructure developed for the common – and ozone‐depleting – R22 chemical refrigerant, and thus is a direct replacement offering superior performance to its synthetic rival.

In summary, the advantages of HC technologies are:

Because of their flammability, HCs are subject to international safety guidelines and legislation. Their use is limited to a per‐system charge of no more than 150 grams – though within Europe this can be legally exceeded under certain optimum conditions. All manufacturers of HC systems must follow equipment safety guidelines, and service personnel must understand and comply with specified safe handling procedures. Safety legislation demands leakage-simulation testing, and strict specifications govern the sealing of electrical components in the vicinity of HC flows. Furthermore, many common domestic and commercial appliances, such as domestic fridges and freezers, heat pumps, commercial refrigerators, and motor compressors are subject to international safety directives.

R600a and R290 are hydrocarbons. These refrigerants are flammable and are only allowed for use in appliances which fulfill the requirements laid down in the latest revision of EN/IEC 60335-2-24. (To cover potential risk originated from the use of flammable refrigerants). Consequently, R600a and R290 are only allowed to be used in household appliances designed for this refrigerant and fulfill the abovementioned standard. R600a and R290 are heavier than air and the concentration will always be highest at the floor. R600a must only be stored and transported in approved containers and must be handled according to existing guidelines.

Do not use open fire near the refrigerants R600a and R290. The refrigeration systems must be opened with a tube cutter.

The flammability limits are approx. as follows:

Isobutane (R600a) refrigerant systems dominate today's household fridge and freezer markets, with total penetration of the European domestic market, a 50 percent presence in China, and healthy sales across the developed world. Propane (R290) and other hydrocarbons are well-established in commercial refrigeration, and similar strides have been made in air-conditioning applications. The USA will be an important future market, and the impact of global brands, such as McDonalds, championing HC systems has yet to be assessed.

R600a as a Replacement of R134a in Household Refrigerators

Secop Hydrocarbon-Operated Compressors from the 1990s 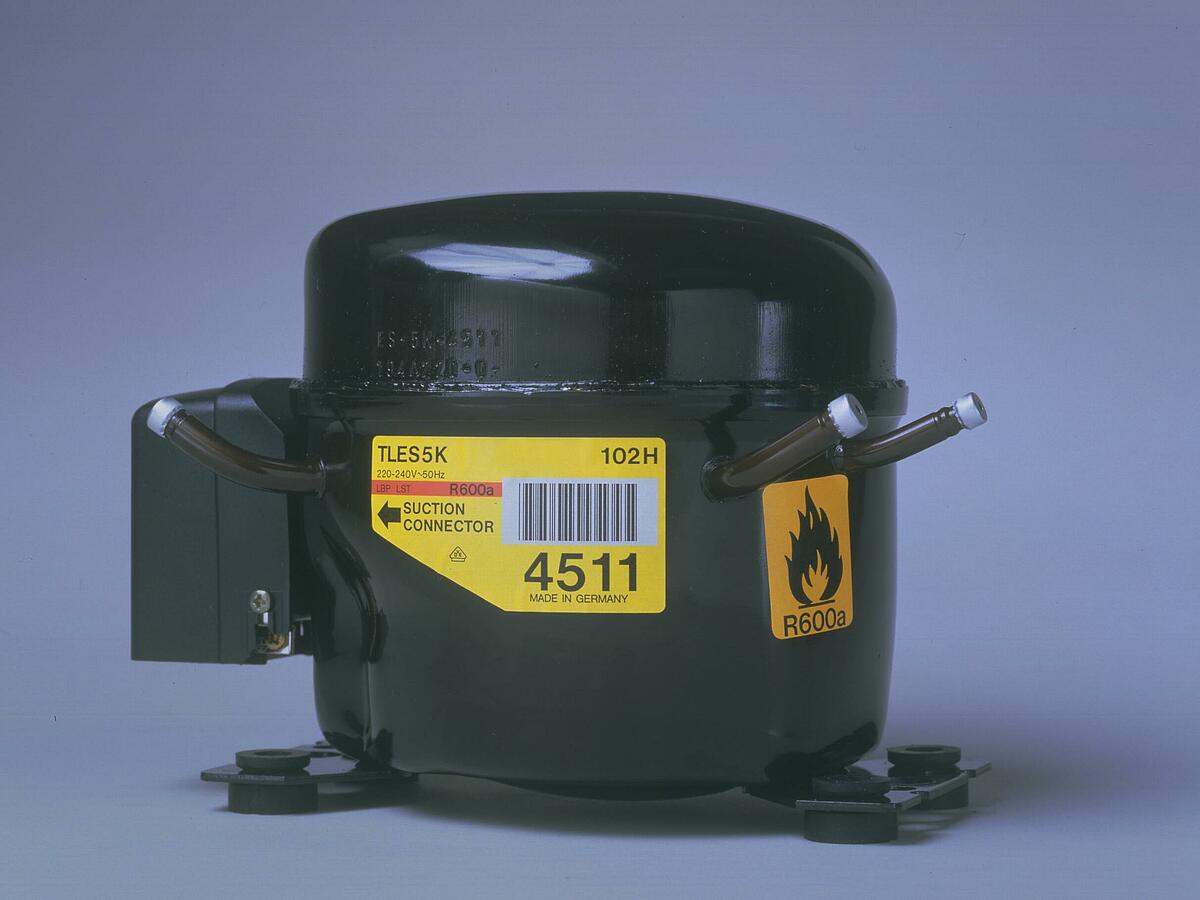 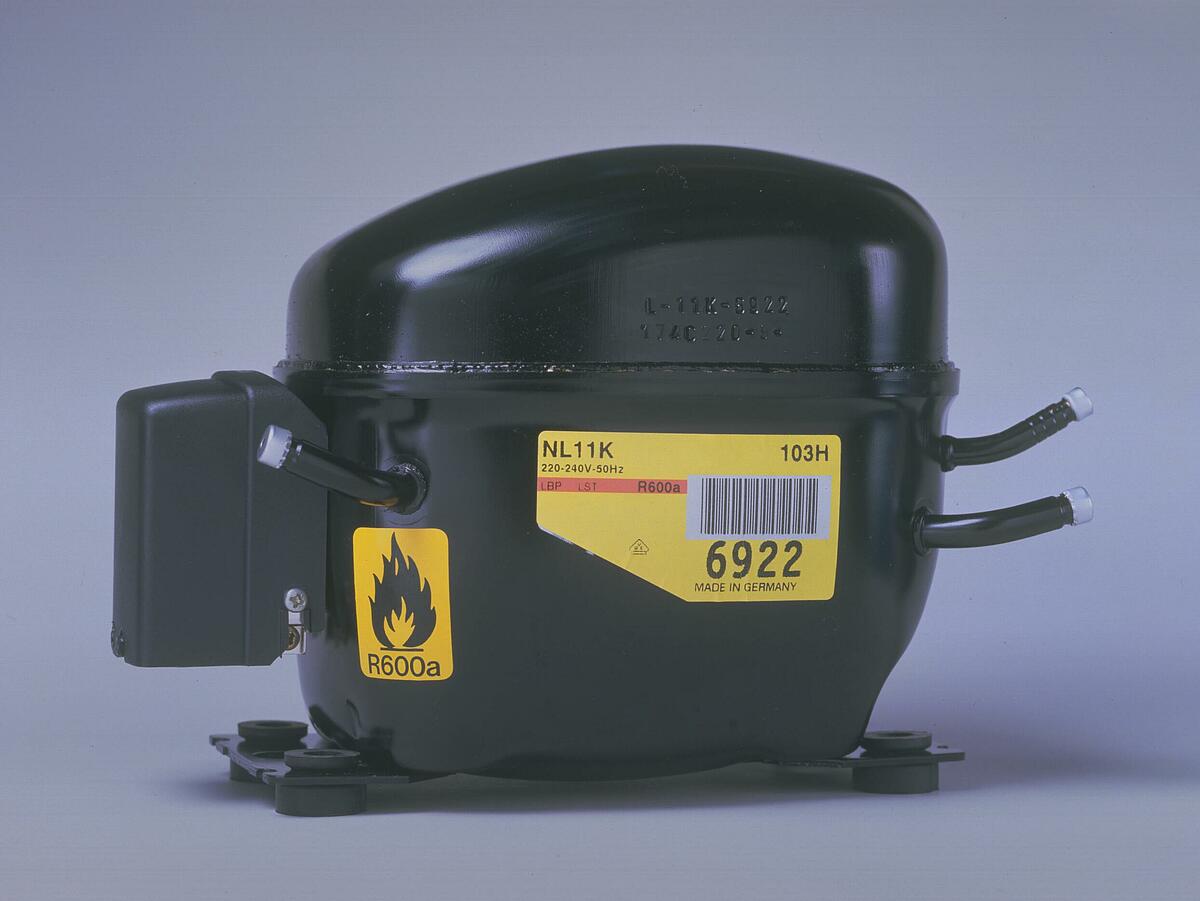 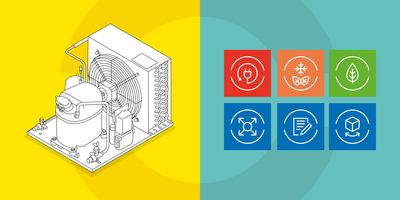